From VI century and then during the following centuries until the thirteenth century, the owners of large estates gave their property to monasteries, both for the salvation of their souls, and to put themselves and their possessions under the powerful protection of the Church. Thanks to these donations the monastery of Fonte Avellana established a solid and impressive estate. Because of this heritage, it was natural for the monks to ask themselves th 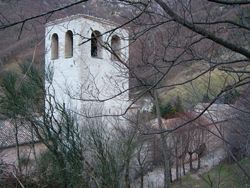 e question of whether such a situation would be compatible with the original monastic rule and purpose. The hermitage was not born to accumulate lands and money, but for contemplation, prayer and penance. St. Pier Damiani had wished, however, that the austere life of solitude of monks was not an end in itself, but an instrument and means of moral and social elevation of the people who lived outside. So while on one hand it was argued the duty to give up assets that contrasted with the vocation of the monastery, on the other hand it was said that since it was the Lord to give that wealth, it was a duty of the monks to administer it for the benefit of the poor. This innovative power of Pier Damiani was expressed in the monastic life to contribute to the moral and social development of men in general. The wealth was not considered a bad thing as long as it was aimed at the happiness of all who needed it. 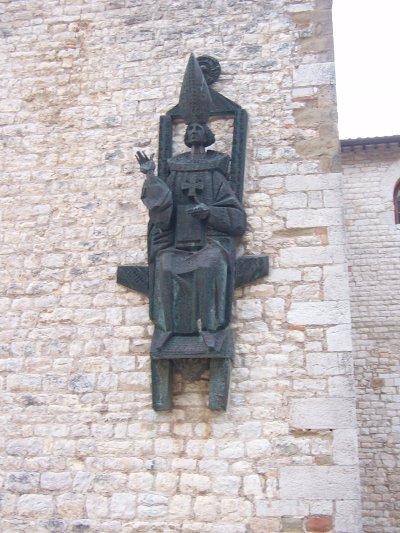 The wealth made sense and they could accept it only on condition that it was intended to relieve the misery. To achieve this, the monks undertook the direction of the farm, the organization of work; they taught social relations, the exchange of information and experiences, mutual aid in the execution of great periodic jobs. Perhaps the most significant example of this new cooperation was the establishment of " hospitale ", to care the sick, to rescue workers and to supply food to the most needy. The monks were fraternally driving the great labors in the fields with the workers. The monks from Avellana knew they were doing a peaceful revolution. In the rough and whooping period situation, Fonte Avellana assumed this forward-looking program: let the people understood that economic and political emancipation was not against God, but a gospel of Christianity.